When staying in Cape town it’s a must to rent a car to get around and explore.

One of the most exciting trips around Cape Town is the drive to the Cape of Good Hope, the most south western point of Africa (and once thought to be the most southern point).

Our drive started past Chapman’s peak which has amazing views (and many stopping places for admiring the views) towards Hout Bay and the mountains. 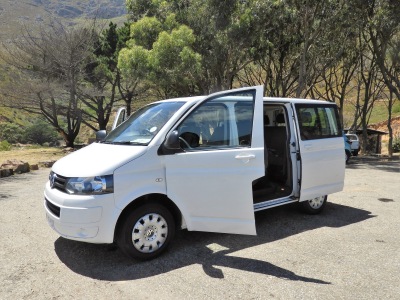 On the way to the Cape of Good Hope we stopped near Simon town to see the penguins in live. Most penguins are typically on Boulder’s bay beach which is part of a protected area and thus has an entrance fee. However, sometimes you can also see them on other beaches which are free to visit, next to one of which we also ate at a lovely seaside restaurant “Seaforth“. 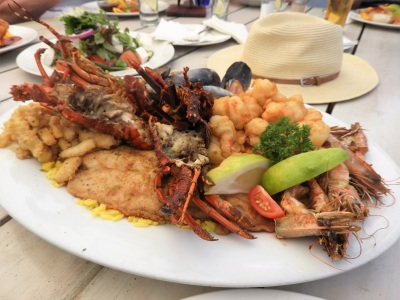 After lunch, we continued towards our final destination through a beautiful scenery.

The end of the peninsula is also part of the Table Mountain National park and has an entrance fee. The peninsula is also a home to numerous different plants and animals. Actually, just before reaching our destination, we encounter some of its native wildlife: ostriches, baboons (who were trying to get into people’s cars) and some large size antelopes. 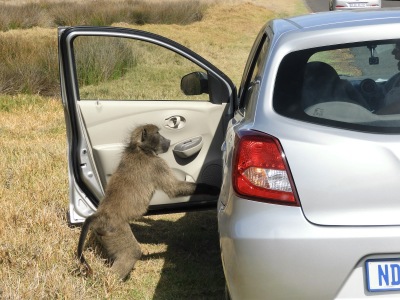 The Cape of Good Hope has often strong winds combined which naturally come with beautiful scenery. This was also the case now, although the wind was maybe not as strong as usually and we were able to climb up to the cliffs to enjoy even better views. 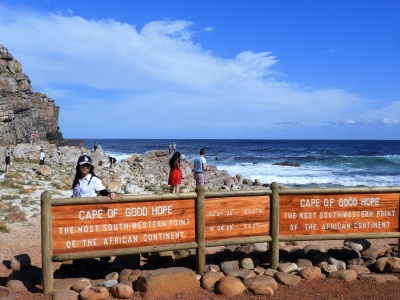 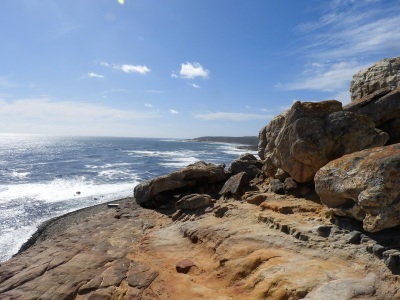 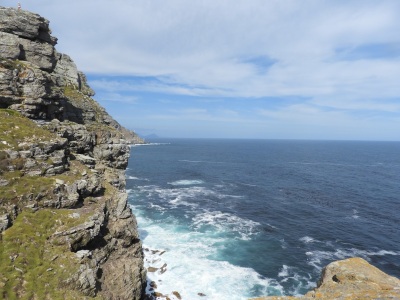 On the journey back, we also stopped at one of the beaches in the park to admire the views, where we also were lucky enough to spot a Dassie, the closest relative to elephants. 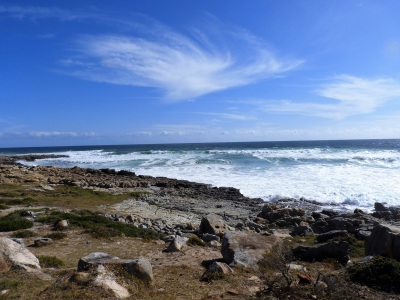