As my next safari in Tanzania is approaching I though it would be a good time to summarize the things I think anyone planning a safari in Africa should be aware of. I went on my first safari already in 2000 in Masai Mara & Lake Nakuru in Kenya, and since have visited also Kruger and Pilanesberg in South Africa, and Tanzania’s Serengeti, Ngorongoro (my favorite!!) and Tarangire.

Where to go in Africa?

When considering where to go, there are couple of things to consider:

My favorite safari destination so far is Ngorogoro which is simply stunning! It’s a 16km wide crater inside which you have kind of like nature’s own zoo, except of course the animals are free to come and go as they please. The park always has plenty of animals and due to limited vegetation you see them all! And I never forget the first look we got of the crater: it’s magical!

Beyond the places I’ve visited

What is this “big five” everyone is talking about?

Big five is something you typically see in all adds about a safari. It was originally the term used for the 5 animals that are the most difficult and dangerous to hunt: the lion, leopard, rhino, elephant, and buffalo. Out of these five, the most difficult to see, in my opinion, is the leopard. There’s very few of them, they don’t really move and instead hide in the trees. At the same time many parks have also a very limited number of rhinos due to the extensive poaching still unfortunately happening in many African parks.

You can see the big five in many places, especially if you’re spending more than 3 days on a safari. However, it can never be guaranteed. Based on my experience, Ngorongoro was great because you’re pretty much guaranteed to see at least 4 of these 5 in one day, only the leopard is a bit of a challenge.

Going on a safari is not cheap, and options e.g. in Tanzania vary from camping to Luxurious resorts charging even thousands of euros a night. I’ve both been to a camping safari as well as mid/high end safari’s, and none of them have been cheap. This is for 2 reasons:

The cheapest option is typically to stay outside the official area of the park and just visit the parks during the days, but this of course always means extra time sitting in the car. 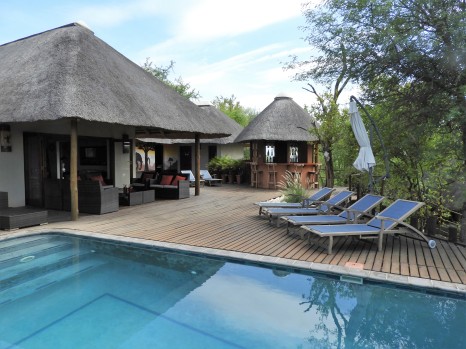 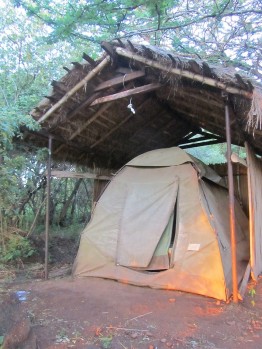 Check here for our lodge near Kruger and one of the camping grounds we visited last time in Ngorongoro.

Other thing to consider when choosing your accommodation is if you wish to stay just in one lodge for your entire safari and just do day trips, or change your lodge every night. Both Kruger and Serengeti/Ngorongoro/Tarangire areas are huge, and you can only cover them properly if you change accommodation every night. And please note, even if distances wouldn’t look long, the roads are often not in “mint” condition so drives may take quite a long time.

Self guided safari or using a tour company?

Some of the parks do allow people driving inside the parks in their own vehicles, but even after having been to a safari many times and a tour being an extra cost, I would still always very strongly recommend booking an official safari company to take you. This is why:

If you are staying in a private game reserve, the safari rides are sometimes at least to some extent included in the price of your stay (this is the case at e.g the Black Rhino reserve in Pilanesberg) and even if they would not be included, they can be organized through your accommodation which is what we did while in Kruger (read more about our trip here).

In Tanzania and Kenya we booked with safari companies who took care of everything and it made everything very convenient. Last time for our low budget camping safari in Tanzania we used Merutreks which we were happy with but I’ve noticed recently they have also gotten some bad reviews. This time our Tanzanian safari includes much more luxurious accommodations and we’re using EarthLife Expeditions which has gotten raving reviews so we are super excited!!!

No matter which safari operator you choose, I highly recommend using safaribookings.com  and only going with an operator with a lot of positive reviews. And to think about in advance if you want to do a private safari or join a group which is much cheaper if you are just 1-2 people. I’ve done both as especially if we’ve been travelling as a couple we’ve really liked talking to other travelers and hearing their stories. Going with a group however means the agenda is more fix and less adjustable to your needs.  When going with bigger group like we’re doing in two weeks, we naturally have a private safari.

Malaria and other health risks

Most places where you would go for a safari have Malaria. While it’s not something to put you away from going on a safari, it is serious and in 2015 there were more than 200 million malaria cases and an estimated 429 000 malaria deaths. However, if you protect yourself with medication and insect repellent, and if the rare case would happen and you’re infected with malaria you get yourself properly treated, the risks are very low to my knowledge.

But, you still need to be prepared:

Is going on a safari safe? Well nothing is 100% safe, but if you plan well, use local trusted companies to organize everything and drive you around on the safari, don’t flash your expensive jewelry, don’t go wandering outside in dark in the cities or beaches you visit before/after your safari,  you should in most cases be fine.

One thing you should always be aware of is that safety situations may change even very quickly e.g. due to politics, and that is why I always recommend you check the latest travel bulletins for the country you’re visiting. Here you can find them for some of the most common safari destinations: Tanzania, South Africa, Kenya.

Other tips & things to be aware

Here also couple of other tips and things to know: 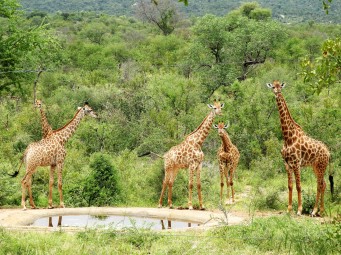 Giraffes by the pool near Kruger

I hope you found my tips useful, and happy to hear if you have some questions or ideas on how to improve the article!

Xc skiing. My yearly winter addiction 🤩
When you cannot be on the beach why not hit the slopes🎿😍
Winter seaview in Espoo 🤩